So first, dinner on Saturday night. We have made Maque Choux with Prawns and Quinoa.

I have prepared all of the ingredients before starting the cooking. It has taken about 30 minutes of preparation work. By placing each group of ingredients in a bowl ready for cooking.

I have barbecued the three corn cobs on a barbecue until grilled and then cut off the core.

With the Quinoa, all we have done is put 175 grams of Quinoa in a saucepan with two cups of water and have brought this to the boil. Once boiled we have let this simmer until the water has evaporated. We have then ‘fluffed up’ the Quinoa and added the coriander and the spring onion.

So for these delicious and massive pancakes i have mixed the flour, cocoa, brown sugar, butter, egg, 1 tub of yoghurt and remainder topped up with milk to make the 2 1/4 cups. Lastly i have mixed in just under half a cup of chocolate chips.

I have then spooned the mixture onto a greased pan and cooked until each side is slightly browned.

This mixture, when in the pan, spreads into large pancakes.

We have served these with maple syrup.

So there is another bake off at work tomorrow. This time for a savoury bake off. So this time i have made Rosemary, Cheddar and Pecan Damper Muffins.

I have replaced the buttermilk with sour cream. So combining all ingredients together in a bowl.

I have then placed spoonfuls in a muffin tin and baked these for 20 minutes.

These have made 36 mini muffins.

Lastly. Dinner tonight i have made Chicken Breasts with a Parmesan Crumb Topping

So with this i have only used two chicken breasts. I have spread each breast with the pesto.
I have then mixed half of the breadcrumbs, parmesan and the pesto together. I did not have a lemon, i used a lime instead.
I have baked these for 25 minutes.
Whilst the chicken was in the oven i have cut cut some pumpkin, sweet potato and carrot and placed in a baking dish and drizzled with oil and sprinkled with vegetable seasoning and cooked until the chicken was done.
And that is it. An amazing weekend of cooking. 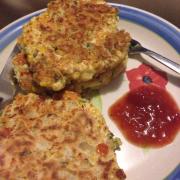 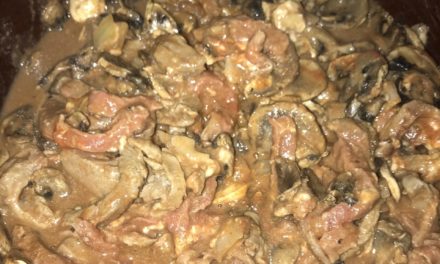