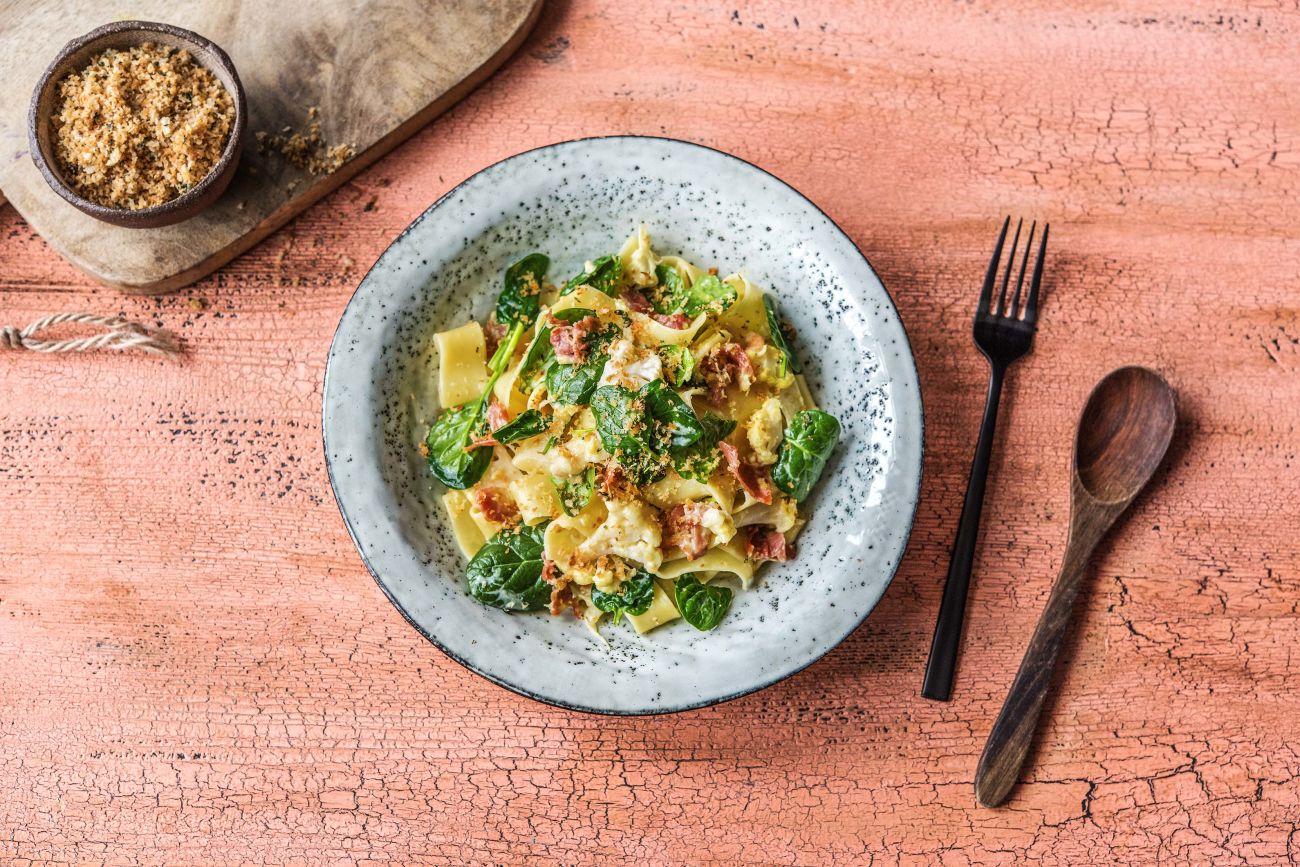 Print Recipe
Cauliflower Cheese Fettuccine
Sometimes we think about the first person to combine cauliflower and cheese. Were they a rocket scientist? A physicist? Child prodigy? Probably all of the above. And as for the clever clogs who came up with garlic crumb... Blimey. Demi-god? 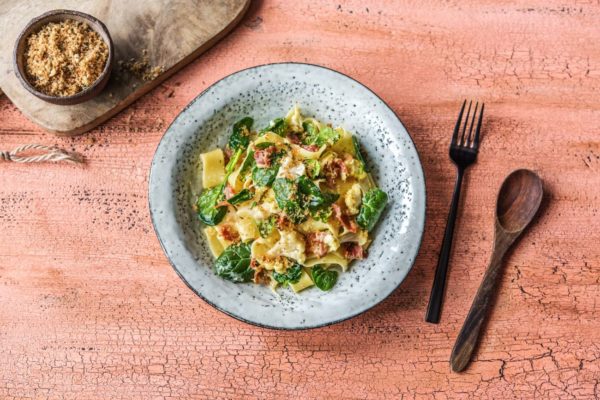